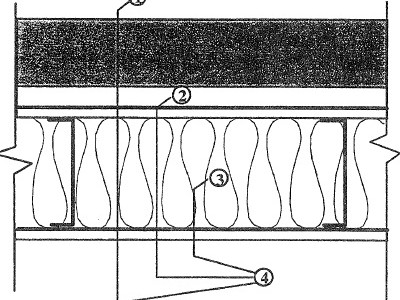 The widespread use of brick veneer/steel stud (BV/SS) wall systems over the last 20 years has preceded the development of adequate design and construction standards. As a result, concerns have arisen in the construction industry over the long-term safety, serviceability and durability of BV ISS wall systems. In an effort to address these concerns, Canada
Mortgage and Housing Corporation has undertalcen a program to evaluate the design, construction and performance of BV/SS walls. This paper summarizes the second year of performance monitoring of a typical BV/SS wall system in service (over 1992-93), including observations at an inspection opening in the test wall, made in March 1994. The findings emphasize the need for improved industry standards, since the test wall
shows that buildings constructed according to current standards do not perform well enough. More attention needs to be paid to constructing a fully sealed and rigid air barrier, preventing thermal bridging and venting the air space.