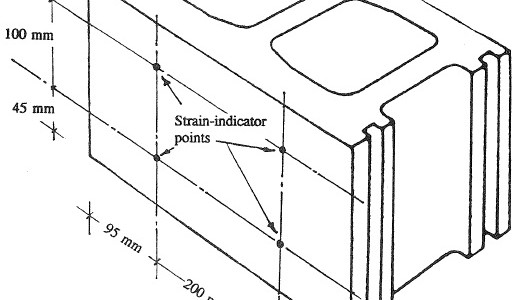 Shrinkage strain data from tests of blocks from twenty-four block plants in Ontario shows that the majority of shrinkage occurs during later stages of drying. From a fully
saturated state, it is generally necessary to remove much more than half of the water before significant shrinkage begins. From this data, it appears that water content as an absolute rather than a relative value may be a better indicator of the benefits of predrying as a measure to preshrink the block and limit the potential for shrinkage in situ. Questions are raised regarding the benefits of current specifications for moisture controlled block.